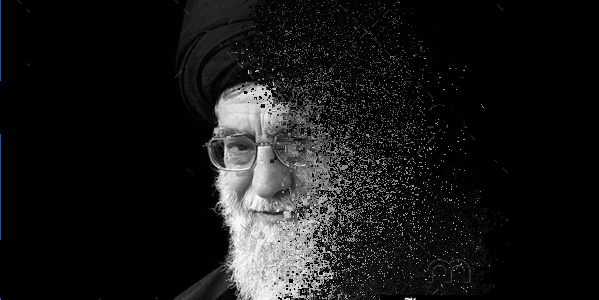 Pressure can work on the Iranian Regime. There has been, for more than a decade, a curious line of argument that pressure upon Iran is counterproductive

The toxic propaganda he conveniently promulgated via American social and mainstream media undermined democracy in the US and was detrimental to the welfare of the Iranian people. He deceitfully presented to the American media a beaming façade for Islamofascism.

Mullahs' cheat-and-retreat may will no longer work. The Khomeinist system is going through its deepest crisis with widespread corruption, administrative ineptitude and internecine feuds weakening its claim of legitimacy against a background of growing popular dissent. It is time to declare the JCPOA dead and buried.

President Trump’s deft plan of exiting from the JCPOA, which had been touted as a successful foreign policy coup by supporters of the accord, exposed the real face of the terrorist leaders of the Islamic Republic, who, on the basis of this accord, had taken liberties to expand their support for regional terrorism. Trump’s action revealed and destroyed covert plans to escalate tensions in various areas.

It is always quite a sight to observe certain think tanks welcoming Zarif to the United States with such fanfare. And when is the last time an American journalist made the smooth-talking diplomat at least a little uncomfortable during an interview?

It is quite possible that the Iranian regime considers its provocations a prelude to another nuclear negotiation. The regime obviously want to escape from the box that they are in, and Trump shouldn’t let it.

If Marxists were the greatest threat to mankind in the 20th century when they slaughtered nearly 110 million people, postmodernists constitute the greatest threat of the 21st century in terms of development, prosperity, peace, and freedom. They sow seeds of hatred to reap blood

It’s important to remember there’s a huge disconnect between the Ayatollah and his henchmen who rule the country, and the Iranian people. Reza Pahlavi, the son of the late Shah of Iran, has been an outspoken proponent of a democratic Iran.

A look back at Mike Pompeo’s speech last year, shortly after he was appointed secretary of state, would suffice to show that US policy toward Tehran is no longer just that of a change in behavior. The issue, in America’s eyes, lies with the system itself

Dr. Hooshang Amirahmadi,once at the forefront of the Iranian regime lobby, attended the anti-NIAC rally. His presence generated a considerable degree of controversy. Many attendees were puzzled by Dr. Amirahmadi’s presence at the rally, and some were outraged. The Apadana Chronicle requested an interview with Dr. Amirahmadi in order to clarify and address questions that Iranian dissidents may have about him and the reason he was at the rally.